When was the last time you checked your irrigation programs?

How do we decide how much water to irrigate

Too much of a good thing can be a very bad thing, especially for your crops. So, how do you determine how much water to irrigate? This is the million dollar question when it comes to finding an efficient and affordable irrigation control system. The core purpose of any irrigation control system is ultimately clear – to turn on the water valve in order to irrigate the field, the park, or the golf course. But just how does an irrigation system operator determine exactly how much water to irrigate, and what tools do they have to help them optimize their crop water usage?

Before diving deeper into the subject, let’s take a closer look at irrigation in general.

Let’s review which parameters will directly affect the amount of water in the irrigation program. Along with variables such as plot size or irrigation cycles, it is worth paying attention to a number of additional parameters that should also be taken into account.

The variables below should be considered as to the right amount of water for irrigation:

Climate – how will the weather affect the amounts of water for irrigation?

Crop type – how do we know when to adjust the amount of water according to the requirements of a particular crop?

The age of the crop – how do we know when to adjust the amount of water for a new plantation, a mature plant, or a crop that is about to harvest?

Water budget – assuming we do not have unlimited water, how can we determine the right amount of water to irrigate throughout the irrigation season (without exceeding the budget)?

Hydraulic Limitations – many of the irrigation systems work under the limits of flow, water pressure, limited watering times, and more. How do we know when to adjust the amount of water in such a way that it does not exceed the limits?

From what we have learned so far, we understand the importance of knowing the right amount of water in the irrigation program, as well as the need to adjust the timing in accordance with the different variables.
That said, the critical question arises as to which tools the control system operator has so that they can adjust the amounts of water according to each variable, and how effective and simple these tools are when it comes to managing systems that control hundreds and thousands of watering valves and irrigation programs. 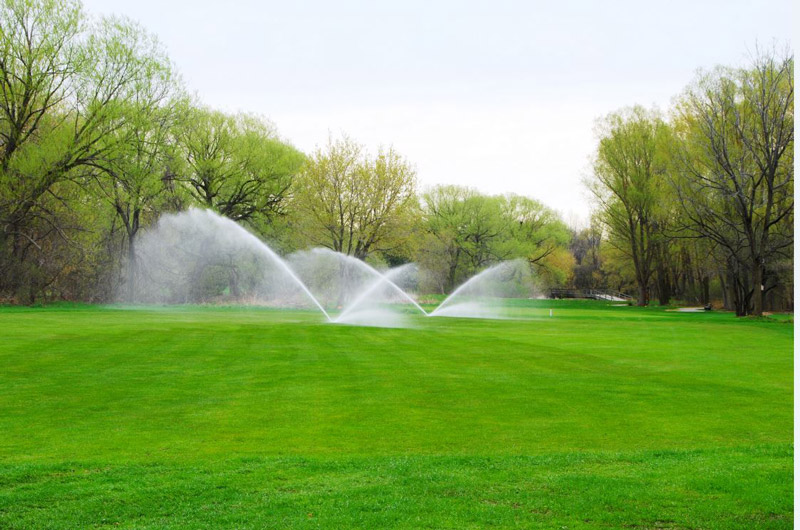 This is the traditional method which along with some advantages is very limited in its ability to adjust the amount of water for irrigation depending on the climate, type of crop, and other variables.
This method is applied to local controllers and older control systems that do not allow the integration of external information data into the system.

The Automatic Method – According to this method, the formula that determines the amount of water for irrigation in the irrigation program is embedded in the control system. Some of the data in the formula are usually constant (such as plot size, crop type) and some vary as the daily evaporation (ET) does.

According to these formulas, the amount of water to be calculated should compensate for the amount of water that evaporated yesterday. A weather station (one or more) is usually connected to the system and it transmits the daily evaporation data (ET) to the control system.

These methods are implemented in agriculture and landscape control systems and allow for the efficient and simple change of irrigation programs automatically.
It is important to note that over time a number of formulas have evolved to calculate the amounts of water to be irrigated alongside the classic formula.

These formulas allow the control system to automatically calculate the amounts of irrigation even in the absence of data such as area size or evaporation figure. 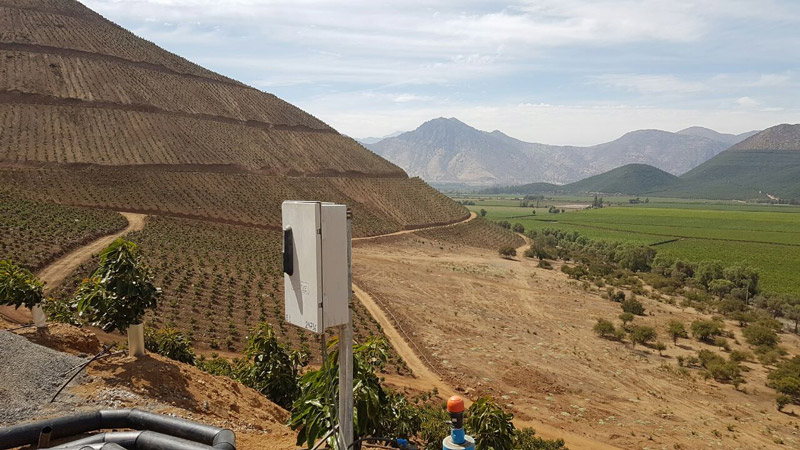 The autonomous method is based on connecting third-party expert systems to the control system.

The expert systems for this would be the crop sensors in the field that collect real-time information about the climate, soil and fruit in order to transmit the data to the cloud.

In the cloud, the expert system performs an analysis of the data using a special algorithm.

Each provider develops their own unique algorithm based on the knowledge and experience they have gained.

The output of this algorithm offers two main recommendations: the amount of water for irrigation, and the timing of irrigation.

These recommendations are transmitted to the irrigation control system via an API and are automatically implemented for you.

Mottech, using ICC PRO software, supports each of the methods mentioned above and allows each user in the system to find the most appropriate way to determine the correct amount of water to irrigate for each valve and program in the system.

Want to learn more about the different options for determining water quantities using ICC PRO software? Visit Mottech’s website or contact one of our representatives today.

This website uses cookies to improve your experience while you navigate through the website. Out of these, the cookies that are categorized as necessary are stored on your browser as they are essential for the working of basic functionalities of the website. We also use third-party cookies that help us analyze and understand how you use this website. These cookies will be stored in your browser only with your consent. You also have the option to opt-out of these cookies. But opting out of some of these cookies may affect your browsing experience.
Necessary Always Enabled
Necessary cookies are absolutely essential for the website to function properly. These cookies ensure basic functionalities and security features of the website, anonymously.
Functional
Functional cookies help to perform certain functionalities like sharing the content of the website on social media platforms, collect feedbacks, and other third-party features.
Performance
Performance cookies are used to understand and analyze the key performance indexes of the website which helps in delivering a better user experience for the visitors.
Analytics
Analytical cookies are used to understand how visitors interact with the website. These cookies help provide information on metrics the number of visitors, bounce rate, traffic source, etc.
Advertisement
Advertisement cookies are used to provide visitors with relevant ads and marketing campaigns. These cookies track visitors across websites and collect information to provide customized ads.
Others
Other uncategorized cookies are those that are being analyzed and have not been classified into a category as yet.
SAVE & ACCEPT